As an indie or self-published author, your book release party is a chance for you to put down the pen and raise a glass to all those countless late nights, endless edits, and tearful calls to your editor (which may or may not be your mom, we don’t judge). 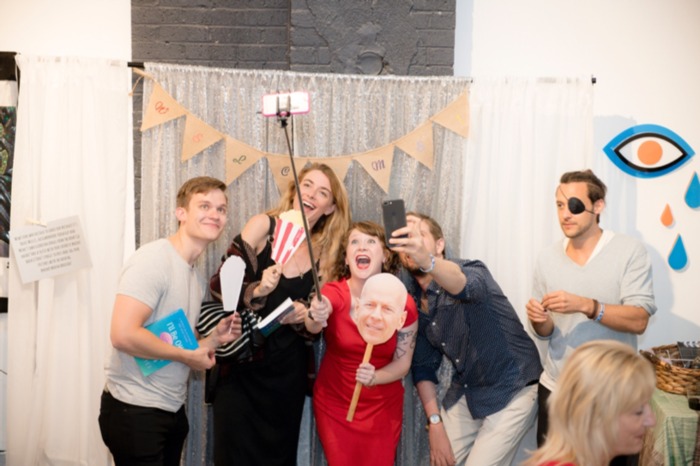 It’s a chance to celebrate with all the people who helped you finish your book, to connect with your local literary community, and to put that lovely, artful signature to practice. It’s also a critical time to try and sell some copies of that book you finally finished (no pressure).

When planning your first book release party, there are a few obvious boxes to check off right away: making a budget, finding and booking a venue, getting the word out about the event & making sure you’ve got plenty of books to sell.

But most creatives want to find a way to make their book release party, well, creative — something that their friends and fans will remember forever.

When looking for examples of how to throw a book release party that’s sure to be talked about (or let’s be real, blogged about because we’re writers and talking to people is overrated), we turned to local authors and all-around literary mavericks Josiah Hesse, Mimi Hayes, and William Seward Bonnie to tell us what ingredients helped make their book release parties extra special — and where to watch for pitfalls.

Bring in Other Performers

Local journalist, author, and counter-culture icon in Denver’s lit scene Josiah Hesse managed to secure the top floor of Denver’s historic & heralded Tattered Cover Bookstore for his after-hours book release for his newest novel, Carnality 2: Sebastian Phoenix and the Dark Star. The release party kicked off in August of 2018, right before Hesse embarked on his first author tour across the country.

“Unless you're David Sedaris or Saul Williams, literature readings typically aren't the most exciting affairs,” Hesse says. “I decided to jazz things up with a comedian, a live band, and other mixed media presentations.”

What followed was a book release party that defied all attendee’s expectations for a local literary event. Cup of free beer or wine in hand, attendees wound through candle-lit bookshelves until they found the epicenter of the bookstore’s mezzanine, where Hesse and other performers came out in devilish costumes to host panel discussions, tell jokes and stories, and read from Hesse’s novel.

The thematic evening reached a fever pitch when experimental-electronic performance group Itchy-O filtered into the bookstore from every direction, surprising guests with an impromptu dance party that made it impossible for even the most bookish of attendees to stay still.

Including other performers and respected artists from the community at your book release party also means piquing their fans’ interest and ultimately increasing your event’s draw. “Bringing in other performers (literary or not) will also increase the size of your audience, because they'll also be doing their own promotion for the show" (Hesse).

Get Comfy Asking for Money

As an indie or self-published author, you know better than most that pursuing your art isn’t cheap. But it can be hard for indie authors to put themselves out there by fundraising for their book release party (or the following book tour).

Awkwardness aside, if you want your book release party to be more than a quiet reading with store-bought cookies, it may be time to swallow that discomfort and ask for some cash. 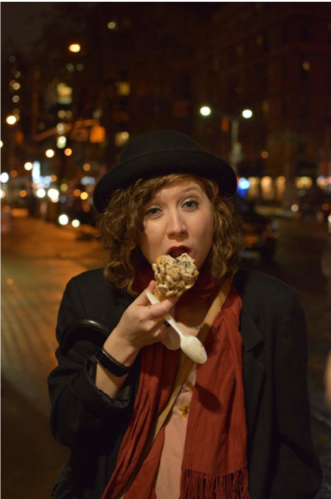 Author, stand-up comedian and educator Mimi Hayes is a Colorado-grown Renaissance woman who is now making a splash in NYC. The book release party for her first novel I’ll Be OK, It’s Just a Hole in My Head blew the roof off of Denver art gallery Recreative last October. And just like the woman behind the book, Hayes didn’t want a release party that could easily be put into a box.

Attendees were treated to live comedy, interactive exhibits, glamorous party bags, and treats galore — plus a reading and signing by Hayes, of course.

“As an indie author (or otherwise), chances are your publisher isn't paying for any of this. Get comfy asking people for money. I would recommend a funding platform of sorts to get started. Give people specifics, and share your journey and what you plan on using the money for.

“I also included a ticket price of $25 that got attendees a signed book. The rest of the proceeds went toward the launch.”

Be sure to plan a bare-bones “necessities budget”, and a “raise-the-roof” budget. This will help you figure out where the best places are to spend some money — and what to skip.

“You'll probably lose money on a mac and cheese food truck. Best to skip it” (Hayes). 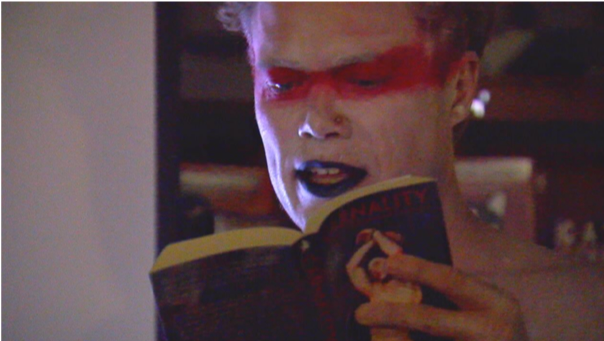 Fans are coming to your book release to get to know you better as an author. Think about ways to add your personality to the event, rather than greeting the audience and burying your nose in your book for the reading.

“Spice up your performance with a little banter before and after the reading,” Hesse says. “Tell a story about the piece you're about the read, or the book you're releasing, so the audience can get a feel for your personality before they absorb your art.

“Coming from someone who has never been married or had children...the experience for me FELT like I was having a wedding and birthing a (book) baby,” Hayes said. “Lots of hard work and tears and planning and sucking myself into spanx went into that day, and I can honestly say it was the best day of my life to date. So celebrate. You did it!” 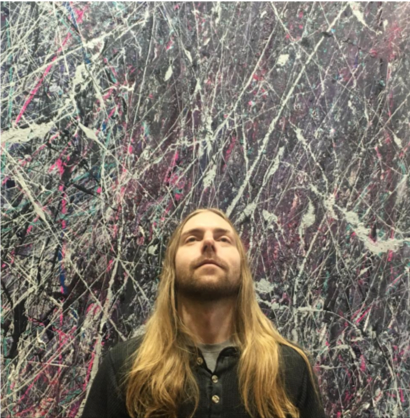 William Seward Bonnie, author of several collections of poetry and co-owner of Denver-based art collective & publisher Cheeseburger Nebula, emphasizes the importance of appreciating the wins where you can get them:

“I’ve had book releases that only my roommates and the performers showed up to, even though it bore one of my favorite things we’ve ever done: a juice bar. Success is in the eye of the beholder.”

At the End of the Day, You Wrote a Book (Which is Amazing)

As Hayes puts it, “Even if nothing goes according to plan, the reviews all come in terrible, the cover gets botched, if NOBODY shows up to your book launch...guess what...you still wrote a [bleeping] book! And that's more impressive than anything!” 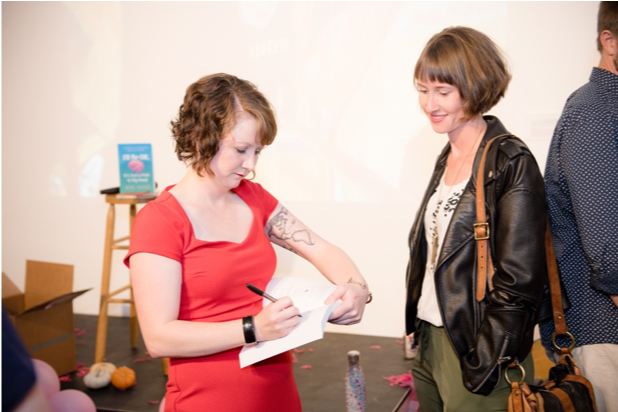 Bonnie sums up how to roll with the punches: “I’ve always thought of having [book release] shows as teaching kindergarten — expect the unexpected — there will be tears and calls for naps.”

Whether your event is big or small, writing a book and celebrating with a release party is a massive achievement. Be proud of what you’ve accomplished, and be sure to share the great news with your mom (er, editor).

Once the balloons have deflated, the cake’s been eaten, and your bank account’s been bloated with book sales (we hope), it’s time to turn your attention to planning your first book tour.

For most authors, book tours don’t mean limos full of groupies (unless Mick Jagger wrote a book we don’t know about). But a book tour can be a fun way to travel, connect with other creative communities, and sell more copies of your book. Read on for 3 key ingredients to rock your first book tour » 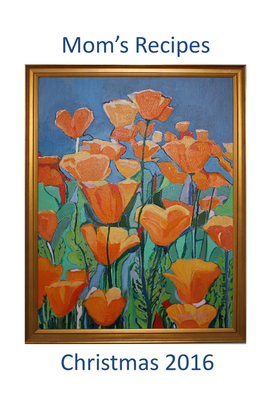 Steuben Press provided perfect service at a very reasonable price. They stayed in touch, communicated exactly where we were in the process and delivered on time! Thanks!
– Don Wood, Tennessee