Can These 9 Tips From Famous Authors Make You a Better Writer?

Like any profession, writing has greats—those who did something first, did it differently, or those who did it best.

As professionals dealing in the written word, there is a wealth of quotations, quips and inspiration to be found from these individuals, but they don't get the same love as those from other focuses. You're not likely to see quotes from these great writers in the form of cheesy inspirational posters in offices, or painted on the walls of weightrooms to help push you further.

There is a lot that can be learned from some of the greatest authors of all time, however. Understanding their philosophies could improve your own writing, editing and overall creative process when working with language.

We've collected (and commented on) some of our favorite tips and quotes below. We hope they serve to inspire you with new ideas, improve your methods, convince you to push past a block, or simply make you smile. The key takeaway to remember is that each author, famous or unknown, has their own unique style, but they all have some sort of personal writing guidelines that they follow.

“I’m always pretending that I’m sitting across from somebody. I’m telling them a story, and I don’t want them to get up until it’s finished.”

James Patterson suggested that writing should be like telling a story to someone in person. You need to capture their interest from the start and keep it long enough to finish your story.

If you imagine you are having a conversation with someone, it can help you to avoid awkward language and sentences. You should pretend your reader is an old friend, and read your writing aloud to insure it expresses your ideas in the best way possible.

“Poor Falkner. Does he really think big emotions come from big words? He thinks I don’t know the ten-dollar words. I know them all right. But there are older and simpler and better words, and those are the ones I use.”

After being criticized by William Falkner for not using long words, Ernest Hemingway described his philosophy on word usage. Hemingway believed that using big words could make you sound elitist and arrogant. He recommended using simpler words to get your point across more clearly and appeal to a wider audience.

“Substitute ‘damn’ every time you’re inclined to write ‘very;’ your editor will delete it and the writing will be just as it should be.”

Similar to Ernest Hemingway, Mark Twain believed in simplistic writing. Extraneous words such as “very” do damn little to get your point across and only detract from the point you are trying to make. A trend among some of the greatest authors seems to be brevity. Challenge yourself to make every word in a piece of writing necessary.

“A short story must have a single mood and every sentence must build towards it.”

Edgar Allan Poe ialludes to consistency and purpose in your writing. Similar to Mark Twain, Poe suggested you should make every word count.

There should be a central theme to your piece of writing, and only ideas and words that express that theme should be included. By doing this, your writing will be more straightforward and your audience will more easily understand its point.

“If you are using dialogue – say it aloud as you write it. Only then will it have the sound of speech.”

John Steinbeck suggested saying dialogue aloud so that you can make sure it sounds reasonable. Few people speak the same as they write; it isn’t hard to write dialogue that sounds awkward, or doesn’t convey the message you were trying to. By speaking the words, it may even help you get more into the mindset of the characters, and lead to more realistic conversations.

This quote by Robert Frost illustrates the importance of emotion in your writing. Your mood as a writer will directly affect the mood and style of your writing. In turn, your mood should be conveyed to your reader.

Similar to Frost, Joseph Conrad discussed the need to connect emotionally with your readers. The pieces you write should be descriptive in a way that affects your reader’s mood. You want your writing to invoke an emotional state.

“Read, read, read. Read everything – trash, classics, good and bad, and see how they do it. Just like a carpenter who works as an apprentice and studies the master. Read! You’ll absorb it. Then write. If it’s good, you’ll find out. If it’s not, throw it out of the window.”

In this quote William Faulkner alludes to perseverance and continuous learning. As a writer you must continue to learn from others, whether through their successes or their failures.

To do this, read everything you can get your hands on, and don't skip something based on it's perceived value. In order to do great things yourself, you have to be able to see the whole picture—to know the range from good to bad and understand where the differences lie.

“Break any of these rules sooner than say anything outright barbarous.”

Still a cause for divide in the literary world nearly 60 years later, George Orwell ended his list of writing and grammar rules in “Politics and the English Language” with the only one he actually followed himself: ignoring the rules.

Whatever your feelings on his complete list, this last is a powerful lesson to remember. There are rules of our language, both real and perceived, but there are great writers who have bent and even broken them (and they are still considered great).

What can we learn from the greats?

Understanding the philosophies of some of the greatest writers of all time is useful in improving your own writing abilities. Some common ideas among these authors: brevity and clarity, the importance of emotion, and a willingness to try anything (at least once).

Take these quotes into consideration when you examine your own writing and use them to craft your own unique writing philosophy. In the end, writing is about breaking boundaries to express your beliefs and opinions. Don’t let the advice of others limit you; let this list inspire creativity and freedom, not hold them back.

Grab your free copy of our "Author's Guide to Book Printing and Self-Publishing"! 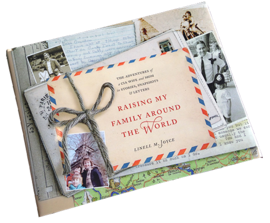 Recently, Steuben Press printed my 213 page personal memoir. If you are contemplating having your own story professionally printed Steuben Press is the company for you! They will handle your manuscript with kid gloves and you'll be ever so proud to hand our each and every copy of your story to friends and family.

Email Lin and purchase her story "Raising My Family Around the World ~ The Adventures of a CIA Wife and Mom in Stories, Snapshots and Letters."