Raising My Family Around the World

One of the best parts of working at Steuben Press is having the opportunity to work with the many talented authors. Linell M. Joyce (Lin) was an author that stood out to me, with her incredible story and beautiful book, Raising My Family Around the World ~ The Adventures of a CIA Wife and Mom in Stories, Snapshots and Letters.

One of the best parts of working at Steuben Press is having the opportunity to work with the many talented authors. Linell M. Joyce (Lin) was an author that stood out to me, with her incredible story and beautiful book, Raising My Family Around the World ~ The Adventures of a CIA Wife and Mom in Stories, Snapshots and Letters.

Lin’s story on its own is so very special, but as she described to me the way this book came to fruition, I was fascinated. Lin and her grandmother had been writing letters to each other for over thirty years. Lin, at the age of eleven, began writing to her grandmother in 1963. The letters continued and 523 preserved letters and postcards later, Lin had the contents of her book. Lin and her grandmother documented many years’ in hand-written and in typed letters. These letters tell the story of Lin’s family and also document the many adventures she and her family experienced while traveling around the world.

Lin met her husband Bill, a Central Intelligence Agency Information Officer in Arlington, VA in 1974. They fell in love and married in 1975. As part of his job, Bill set the family on a course of adventure, living around the world. They began traveling internationally in 1976 and their first home abroad was Vienna, Austria. This was followed by five more international postings with the Central Intelligence Agency in addition to stateside postings. In 1980 and 1985, Bill and Lin happily welcomed two daughters during their time of international relocation. In 1992 the family returned to the USA where their last assignment was located.

Lin is a woman with many hats. She is a personal historian, Ethical Will facilitator, hospice volunteer, freelance writer, amateur genealogist and stays pleasantly busy with her family and especially with her three young grandchildren, Emily, Cameron and Jacob.

Bill and Lin still enjoy traveling stateside and internationally together but they call Northern Virginia home. It is there that they enjoy each other’s company and the company to their two Asian Leopard cats, Nala and Asia.

It was such a pleasure getting to hear the story of Lin and her family. Her book is an inspiration to families all over the world. How wonderful that they were able to document a part of their lives in such a memorable and creative way. If you are interested in purchasing or reading Lin’s book, Raising My Family Around the World ~ The Adventures of a CIA Wife and Mom in Stories, Snapshots and Letters, you can reach out to Lin at [email protected]

Lin would also love to hear from folks about their day-to-day adventures of living abroad while traveling with the US government.

My favorite part of Lin's book is the fact that she generously shared her favorite recipes from her family and travels. Lin shared with me that her favorite recipe is for Menta (Armenian Fried Raviolis). Lin admits that this is a labor intensive recipe but the results are worth it. Lin's daughters are such a big fan Lin is known for freezing batches of these crowd favorites for her daughters to take home during the holidays. Lin has allowed me to share this prized recipe with you all, and she hopes you enjoy it as much as her family does. 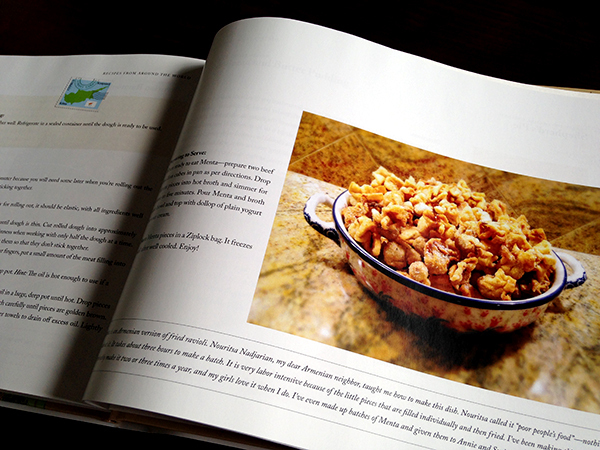 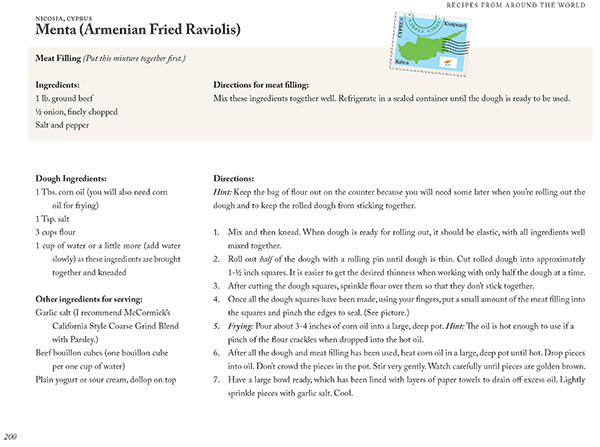 Jamie Howell received her BA of Arts degree from the Art Institute of Colorado in 2007, focused in Graphic Design. She has a wealth of experience in layout and design, graphics, social media and marketing. Jamie has worked on design for the self-publishing, restaurant and printing industries. She enjoys working with clients and meeting their creative needs.

Grab your free copy of our "Author's Guide to Book Printing and Self-Publishing"! 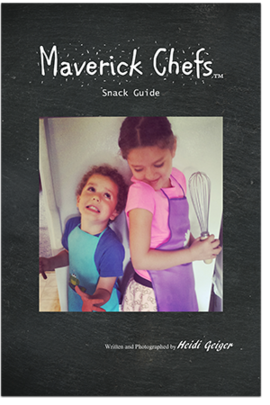 I was referred by a friend to Steuben Press for my self-published book. Adam was extremely helpful in suiting my needs towards a beautiful end product! I have sold over 200 copies in the last 3 months of it being printed! Jamie did a wonderful job with the layout of hte book and helping me with some edits. Excellent communication with the customer as well. Highly recommend Steuben Press for your high-quality printing needs!

You can find Heidi on the web at www.heidishealthhub.com